I didn’t grow up in a home where we watched sports.  My dad isn’t a football fan and my mom isn’t much of one either; in short, we never root root rooted for the home team.  It wasn’t until I moved to New Orleans, that I fell in love with a sports team and found a passion for football.  Finding myself actually enjoying watching a football game is something that I NEVER thought would happen for me, but it has.  The enthusiasm and love that the Saints generate for this city is undeniable.  The energy and excitement that pulses through New Orleans is palpable on game days.  The camaraderie you feel whether you’re watching a game at a bar or at home with friends and family is unlike anything I’ve experienced; it’s magic.  You celebrate the wins and console each other on the losses.

While I would have rather seen the Broncos win last night after the Seahawks took us out of the playoffs, I can imagine the celebration on the streets of Seattle and I’m happy for the fans.  The 2010 Superbowl, where the Saints defeated the Colts and brought New Orleans our first ever Lombardi trophy will forever remain one of the most fun filled days of my life.  Seattle, like NOLA before the 2009 season, had never won a world championship before and it was well deserved for them.  Job well done, Seahawks.  I know I can’t wait for the next time The Saints head to the big game and bring us home another victory. 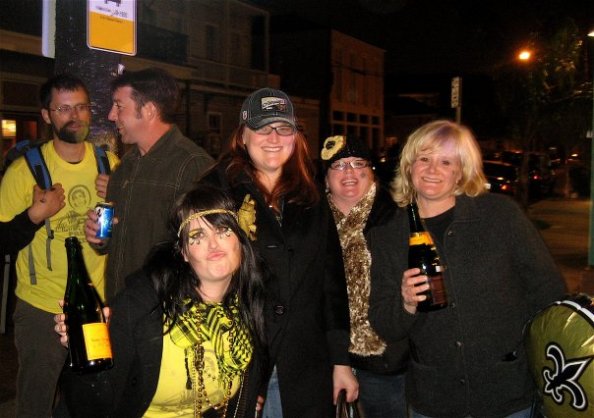