We recently bought a new house!  That makes us officially second time home buyers!  We saw it, fell in love with it for it’s possibilities, and now it’s ours.  It needs a lot of work and Nate and I have never taken on a project like this so we’re in the, “Now what?” phase but it’s going to be so amazing once day.  It has good solid bones but the interior probably hasn’t been touched since, oh, maybe, the 1960’s.  On the plus side though, that means it’s filled with lots of awesome old treasures.

The people we bought it from inherited it from their parents.  It had been in their family since 1946 and they decided it was time to move on and let some one else make their memories in it.  That’s exactly what we plan to do.  This will be our family home where we will bring our future children into the world and make memories within those walls.  The sellers were sentimental at the closing seeing as they have so many memories associated with the house.  Nate had driven by a week earlier and met then while they were moving out.  He told them about us and let them know they could leave whatever they wanted behind and we would be happy to go through it.  At the closing they asked about my shop and then told me that they had left me some vintage Coke-a-Cola glasses and a trunk full of old Mardi Gras beads.  I thanked them, in my mind being more excited by the glasses than the beads because I had no idea just how awesome these beads were.  When we got the keys, we grabbed a load to move into the “basement” of the house and we took a look around.  I saw the beads and I almost died.  They’re not the plastic beads the I know today, they’re the vintage, Czech glass beads that I’ve only heard about and most of them still have their paper tags attached, stating their origin. 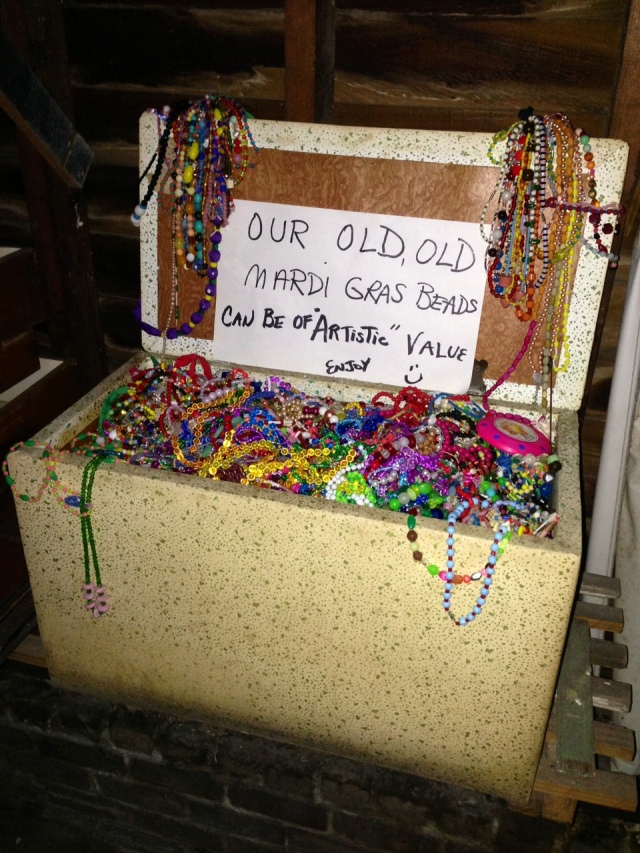 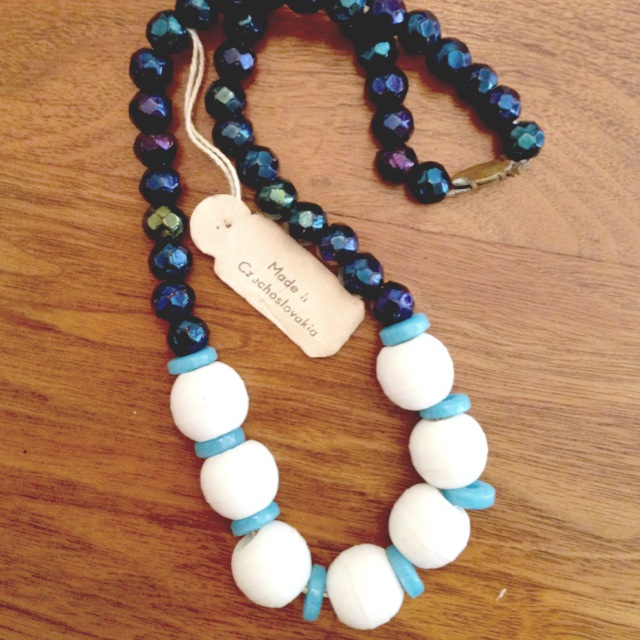 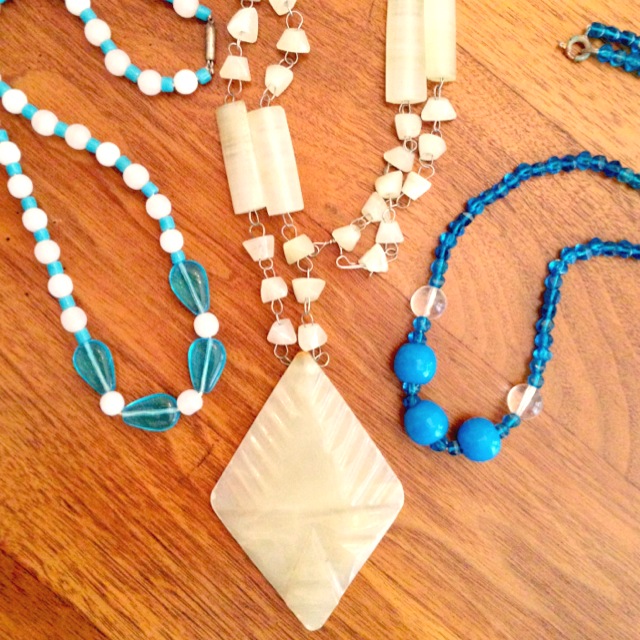 I posted some pictures to my Instagram and Facebook and I received several comments from people saying “Only in Nola!!”  That got me thinking, “Really!  Where else would this EVER happen?!”  They even left me an adorable note saying they thought the beads may be good for “artistic purposes.”  I ask you, are these not the sweetest sellers ever?  I have ideas for what I’d like to do with these newly acquired treasures, but I haven’t settled on anything yet.  In the meantime, I’m just enjoying sorting through the box and chatting with my hubs about our plans for the place.  Stay tuned for pictures of the interior and many, many posts over the next couple of years about our renovations.